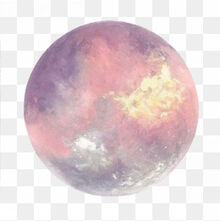 Planet Keda is a planet of average size well-known in its sector of universe for its tranquil environment and mediator role in diplomatic affairs. It is the home planet to Kedeans, a peaceful people. It has a fair, temperate, and seasonal climate. Most of the planet, divided into four continents, is overlooked by a generally stable mixed government.

Located within the Solar System Ryn, which consists of seven planets and millions of stars. Keda itself has three moons; Achon, Ubehr, and Kapra. It resides snugged within the Kyra Galaxy, within Valaria's Arm. On the opposite end of the arm is Planet Vaselis, an important ally.

Keda is about 36,000 miles in circumference, with specific regions experiencing constant winter or summer, and others quite temperate or seasonal. There are vast amounts of landscape left virtually uninhabited, often used as nature preserves or for historical study.

Despite the planet being home to 100 million Kedeans living in relative harmony, the government pays most of its attention and resources to appeasing foreign and diplomatic expatriates, often leaving the environment and citizen welfare quite below par. This has caused numerous issues but nothing big enough to cause a major change, and many citizens are satisfied with the government's lack of intervention. The globally recognized currency is the Kedan mark.

Overall, Keda is universally renowned for its beauty and rather peaceful nature, being the all-rounded 'hometown' of the universe that everyone can relate to in some way or another. It draws in many beings from many backgrounds. Kedeans however can call it home, as their native habitat. Though a lot of naturally curious and inquisitive Kedeans often explore space and other pastures throughout their lives, they tend to come back when they're old and live out their final days on Keda. However the planet's peaceful reputation is a bit exaggerated--it does have its conflicts in certain regions, often quite violent.

Most Kedean families are part of clans with long running history and ancestral temples scattered throughout the land, often tied to a particular region or village. Kedean regions, villages, cities, and parishes vary in form of governance from representative democracy to military dictatorship to feudalism.

Keda's four major continents live in relative harmony, having minor conflicts often, either between resources or simply different ideologies. The politics aren't very brash but can be a bit nationalistic. There hasn't been a major war of any kind on Kedean in over three centuries. There does exist a slight wealth gap between the rich and poor, and there are several land disputes in more barren regions.

The level of technological abundance varies in different regions and continents. Valrius is most advanced, with Fulor and Arcania behind, and Bunia the least advanced. The Kedean philosophy on technology is 'what's most useful'--most exists only if it is practically useful in common situations in a way benefiting everyone, such as transportation or mass media. Reason being, their culture tends to favor traditional social values and interaction. This is varied of course across the planet.

In the Kyra Galaxy, some billion years ago, what became of a jumble of asteroids crashing into each other became Planet Keda. These asteroids were plentiful in elements, organisms, and amino acids, which combined to ignite the diverse environment and rich life that would soon inhabit the planet. Over billions of years of evolution, many flora and fauna including plants, animals, and Kedeans would exist.

The first Kedeans existed in their modern forms around 10,000 years ago, with civilization following close behind.

Powerful, industrious, advanced, and sophisticated are words just short of describing Valrius. As the bustling capital continent of Keda, it is in this land that all diplomatic and major political affairs are negotiated and settled. It spawns prolific art, music, education, business, technology, and virtually any luxury one could afford. Though the people of Valrius are satisfied, the central government's recent bridled interests in foreign planetary affairs have left certain areas of the continent (and Keda itself) lacking in advancements, health, and overall stability. Being the second largest continent, it is nearly covered in urban areas, most notably Varis (Keda City), covering over 2,000 square miles of land. It boasts a massive and diverse population of 500 million.

The central ruling party of Valrius is ran the most democratically. Currently, Tassos Andreaou resides as Premier of Valrius. An exceptional former military leader who, through fame and fortune, became a notable fighter in the political arena. He essentially refers to himself as the leader of the planet and rightfully so as they lead the planet in technological advancements, and military might. His experiences in interstellar operation instilled in him a flare to constantly involve himself in other planets' affairs (notably Vaselis), leaving his constituency to fend for themselves.

The distinct, far-reaching land of Arcania lies primarily inhabited by mages, scientists, and scholars devoted to the usage of Sanguine Omnium as a means to enhance magical abilities. It is littered with very unique plants and animals, mostly mutated results of experiments. Hints of advanced technology is a rarity as the arcane-oriented people of Arcania find little use for it, preferring to improve their lives by their own doing, as a testament of strength. Like Valrius, this region is quite diverse between Kedeans and aliens (who often travel to the planet on quests of knowledge). Multitudes of small kingdoms are scattered throughout the land, most with specific goals in preserving peace and growing power--interferences which at times bring about conflict, making it perhaps the most rough continent (though relatively quiet and studious). Attention to politics is rarely paid however as people focus on personal pursuits. Geographically, Arcania is the most separated from the rest of the world as its own island, whereas the others are all connected. Upwards of 25 million people inhabit this fascinating land, third largest continent of Keda.

As with the rest of Keda, Arcania is ruled by the central and most powerful ruling party, in the current case King Bonginkosi Ngubane. A fervent religious, spiritual, though rich leader, Ngubane found power by marriage into the former royal family, which had lost its last remaining heirs. As a majority, his people are quite skeptical of him and often entirely ignore his rulings, knowing he is quite weak-willed and pays more concern to personal matters than his land and holds.

Fulor is the prime definition of all the natural beauty, majesty, and splendor Keda has to offer. As the largest continent on Keda, it is very sparsely populated, consisting largely of lush forests, steep valleys, deep caves, rocky mountains, swamps, waterfalls, Keda's only active volcano, and small villages. Its population is almost entirely Kedeans, for whom it is a very spiritual homeland, and hosts large caverns where the dead are traditionally buried. There is a bit of a nationalist attitude throughout some the region, sometimes unwelcome to foreigners. There have been numerous wars over an abundant strip of land on its Bunia border. Fulor is directly bordered by Bunia to the east and Valrius to the southwest. A large north-pole landmass once existed between Fulor and Arcania, but has since sank beneath the sea, spawning folk tales and legends of why.

The esteemed Tansel Nishapuri currently takes hold over Fulor and its many boroughs. A native of Valrius, Tansel comes from an extremely affluent family that once virtually owned Fulor and its industries. Despite having no military exposure himself, he is a supporter of nationalist causes and the idea of Planet Keda establishing itself as a galactic superpower, regardless of its effects on Keda's relatively isolated--and preferred--way of life (especially that of his own land).

Bunia definitely takes the title of most barren and treacherous continent, with its bipolar collection of dry land, jagged mountains, dormant volcanoes, icy tundras, sandy deserts, lack of fresh water, and aggressive wildlife. What little population resides here, given what resources are available, tend to be hard-nosed unwelcoming nationalists, laborers, or notorious outlaws. Its cities do host many less fortunate families ridden in poverty, unable to make the journey to Valrius. Bunia does power most of Keda with its metals, fossil fuels, meats, wood, and other essential resources. Bunia directly borders Fulor to its west, separated by the largest mountain range on Keda. There is a single large port for travelers or migrant workers to enter, generally assigned to a carefully-watched labor camp at entry. Since most of the land is rough territory, there are only 2 holds.

Very prideful though stubborn, Yrsa Arielsdottir rules Bunia with a 'silver gauntlet'. A master craftsman, she propelled her family into fortune as metal industrialists. Eventually she secured the position as Queen of Bunia. Though soft on crime throughout the land, Yrsa has no record of corruption and is very honest and outspoken, particularly in support of isolationism and Kedean nationalism.

Retrieved from "https://universezeta.fandom.com/wiki/Planet_Keda?oldid=505"
Community content is available under CC-BY-SA unless otherwise noted.